The Road to Why…

The Eisenhower Highway system is a marvel of transportation infrastructure that has simultaneously organized and frustrated drivers in the United States since 1956. It covers about 48,000 miles of roadway – the lifeblood of America’s love of and compulsion for the open road. Most travelers do not give a second thought to the history and intricacies of the interstate highway system – but they should. Like so much of life, knowing a bit about the ‘Why’ of your surroundings makes the journey more – more satisfying, more rewarding, more knowable.

In the Eisenhower interstate system the odd numbered interstates run North-South – for example, I-75, I-95, etc. The interstates that run East-West are given even numbered designations – for example, I-10, I-80, etc. The low numbers start in the West and South. If I say where does I-10 run from a safe bet would be ‘oh, East – West across the Southern part of the US.’ And one should know its very cold cousin, I-90, runs East – West up near our Canadian friends. And if asked about I-95 you would be correct in saying it runs North-South along the eastern seaboard of the US. For other cool insights and answers to ‘Why’ that just might help you out of a driving debacle click here

Over the summer I was heading up I-95 going from Florida to Biltmore, NC. The total trip is about 536 miles and I really take 2 roads I-95 and I-26. How simple is that! I was driving the LQ rig with three horses through the night – it is very, very warm to haul animals during the day. I was very excited to have a nano-holiday and spend 3 nights at the Biltmore Estate because they have stunning mountain horse trails, refreshing grounds to stroll around, and some hilly and challenging trails to run on. I was delighted that my body had finally given in to the running concept and my earlier 3 board injury(which was closely followed by a treadmill oopsie and a shower heel spur) was a distant memory. I had even started playing with running shoe styles and rediscovered the joys of double layer socks. Things were looking up.

3H LQ trailer pulled by an F-550. Ana the Lab in foreground

After filling up with diesel and a splash of caffeine on I-26 I decided to flip to the BBC channel as they have wonderfully engaging interviews to fuel anyone’s curiosity for learning. And, I could not believe my ears! The interview was with Megan Hine!(for those of you who do not know Megan – neither did I- but in one 8 second sliver of time she held my attention like few other humans have ever done). Megan is an extreme guide and survivalist that, among other things, is tasked with keeping celebrities alive in the wilderness. Go ahead, click on the BBC link and listen closely at about 4:15.

Yup, there I was rolling along I-26, listening to Megan with her ‘keep calm and carry on’ demeanor explain very clearly what would happen if you attempted to run from a wild animal “he’d chase you and take you out”. The simple and logical reason for the animal to do this is the the prey instinct. I have replayed the audio on section 4:15 of the interview several times. Megan could not be clearer. – do not run if carnivores are anywhere nearby. It was in this moment that the image came to me… I am just a crock-pot on legs, slow cooking across the miles. An evolutionary permission slip to every animal’s prey instinct for a mid-morning snack. On the up side, I was no longer pre-occupied with blister treatments and tsetse flies.

As the interview continued I was fascinated by Megan’s story. Just listen to her authenticity about discovering who she was, about the skills she relies so heavily upon (hint-it is does not involve high power rifles with scopes or manhandling marauders) and why she does what she does. By the end of the interview I was not just energized to visit the lands she mentioned, but also reassured about the importance of listening to your intuition while discovering the ‘Why’ of the world around us. So, go on and listen to that interview again… what do you hear?

BONUS VIDEO … because there was a request from a reader of this Blog (yay one reader!) to have some more pictures and video(mind you I have not left for the adventure yet…). Here is some silly video and a play on words when the horse I was riding -Spring- came across a big buck in the Biltmore Forest. You can hear the joy in my voice by repeating Spring and Buck as the camera moves back and forth… turning the words into Springbok,  which is of course a medium sized gazelle that resides in South Africa. Springboks are not carnivores, they do not have a prey instinct. It is also the mascot of the South African Rugby National Team. Enjoy!  movie biltm 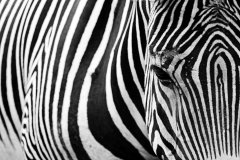